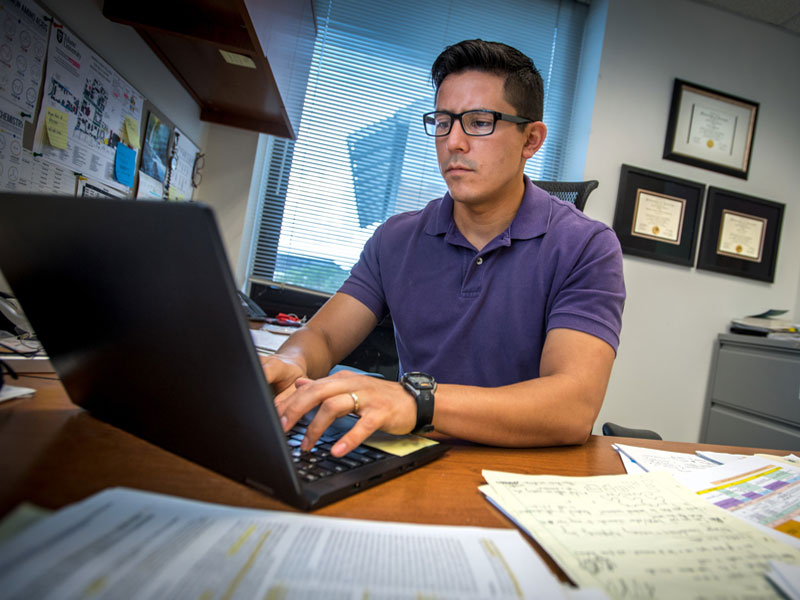 The Sandoval Lab works on the development and application of advanced synthetic biology tools for model and non-model microbes for the purpose of sustainable fuel and chemical production. This includes the efficient use of directed evolution to engineer such microbes from the gene to genome level as well as high throughput tools for analysis and engineering such as DNA synthesis, next generation sequencing, and cell sorting.

Sequencing and synthesis of DNA are increasingly affordable, making genome engineering and analysis quicker and cheaper than ever before. The broad potential of directed evolution in light of these advances is enormous. A powerful strategy is to generate an initial genetic diversity (from the gene to genome level) and then select or screen for the desired trait. Without high-throughput sequencing, the selection mechanism and population dynamics are a black box, but next-generation sequencing makes examining whole genomes and transcriptomes for individuals as well as populations not only possible, but relatively simple and inexpensive, thus enabling a greater biological understanding.

The question now turns to what/why/how genetic constructs need to be made and explored for a biotechnologically relevant outcome. The aims of the Sandoval Lab’s efforts are to expand the search space (non-model organisms and the metagenome) to explore as many functional variations as possible, that is, to rethink what the search space comprises and how it is searched.