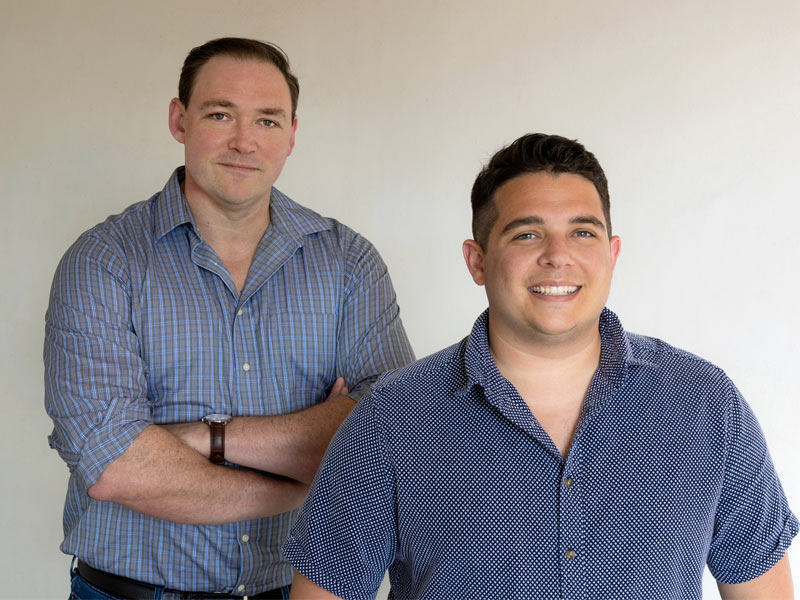 Damien Murray, an associate professor of psychology at Tulane, and PhD candidate James Moran were part of a Tulane team that studied the link between students taking an introductory psychology course and their dispositional intelligence. (Photo by Rusty Costanza)

For college students studying psychology, taking an introduction to personality course can go a long way in their understanding of another person’s behaviors and traits.

That was the finding of a Tulane University study that looked at the connection between the introductory personality course and a student’s dispositional intelligence.

The study, published by in Scholarship of Teaching and Learning in Psychology, a journal of the American Psychological Association, showed that students who took the class showed marked increases in dispositional intelligence from the beginning of the class to the end.

“Dispositional intelligence helps us understand people better and has been associated with academic and professional success among students. This knowledge for students will benefit them in their interpersonal and professional relationships."

“Our findings suggest that taking an introduction to personality course significantly increases the students understanding of others' personalities,” Moran said. “So, they are able to understand others' behaviors as they relate to their personality.”

Moran served as the principal investigator on the research team, which also included Michael Hoerger and Damien Murray, both associate professors in the Department of Psychology and PhD graduate Laura Perry.

Researchers surveyed 19 Tulane undergraduates who had completed Introduction to Psychology as a prerequisite. The students were assessed on their knowledge of personality psychology on the first day of class and the last day of class in the 2019 fall semester, using a trait induction subcomponent of dispositional intelligence. Students’ scores of dispositional intelligence significantly increased from the first day of class to the last day of class. Results were separated further by individual personality factors and revealed that students significantly increased their understanding of openness and agreeableness.

Moran said the findings demonstrate that students gain knowledge in their understanding of core personality dispositions that vary across people, including behavioral indicators of traits, how different traits interact and how personality traits are expressed in behavior and interaction.

“Dispositional intelligence helps us understand people better and has been associated with academic and professional success among students. This knowledge for students will benefit them in their interpersonal and professional relationships,” Moran said.

Based on the findings of this study, the authors suggest that students’ personality education is vital for their academic journey and professional career. In addition, the authors said, understanding personalities will increase individual interactions with classmates and coworkers over time, which could minimize conflict in work settings and help students to be more adaptable and versatile in their careers.