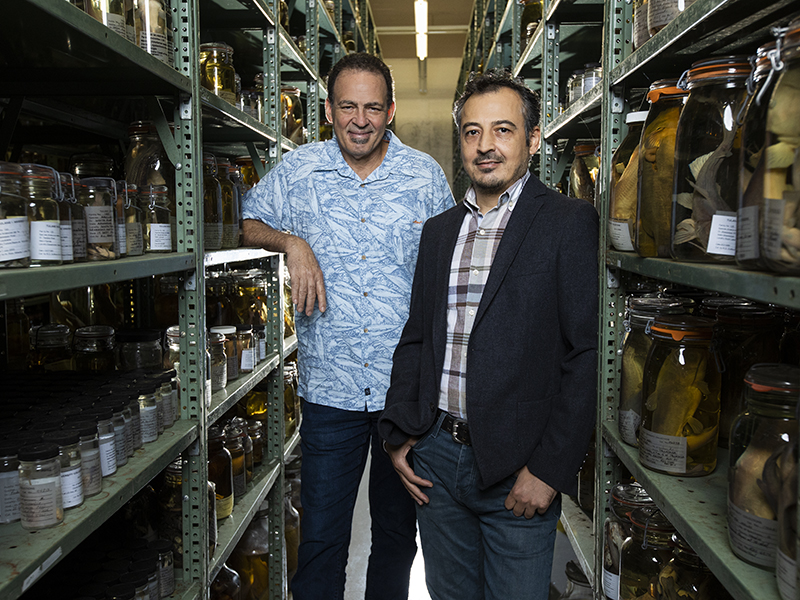 A Tulane University scientist is teaming up with researchers across the country as part of a $15 million initiative by the National Science Foundation to establish a new field of study that has the potential to transform biomedical, agricultural and basic biological sciences.

Henry “Hank” Bart, a professor in the Tulane Department of Ecology and Evolutionary Biology and director of the Tulane Biodiversity Research Institute (BRI), is one of four co-investigators on the team led by Ohio State University’s Translational Data Analytics Institute (TDAI). Yasin Bakis, the BRI’s senior manager of biodiversity informatics and data engineer, will serve as a staff member.

The team will develop the Imageomics Institute, an inaugural institute for data-intensive discovery in science and engineering created by the NSF as part of its Harnessing the Data Revolution initiative. The institute will create a new field of imageomics in which scientists use images of living organisms as the basis for understanding biological processes of life on Earth.

Imageomics will use machine learning methods to extract from images—including photos and videos—biological traits such as the behavior or physical appearance of an individual, or even the distinguishing skeletal structure of a species.

“We will also be working with computer scientists in the project who will be training computer algorithms, or neural networks, how to extract data on phenotypic traits of the fish specimens from the images,” Bart said.

“We produced cyberinfrastructure for a related project that gives researchers access to large caches of fish specimen images that we assembled and made research ready,” he said. “These images will play an important role in the Imageomics Institute.”

As director of the Tulane Biodiversity Research Institute, located in Belle Chasse, Bart is the curator of the Royal D. Suttkus Fish Collection, the world’s largest collection of post larval fishes with over 7 million specimens in more than 200,000 jar lots.  Housed in two buildings that were once used to store ammunition for the U.S. Navy, the collection consists largely of specimens from the Gulf South region as well as from Central America and Mexico.

“There are so many pictures of organisms with scientific value that we’ve never been able to analyze at the right scale,” said TDAI Director Tanya Berger-Wolf, principal investigator for the Imageomics Institute and professor of computer science engineering; electrical and computer engineering; and ecology, evolution and organismal biology.

“This will change how we are able to see and understand the natural world. Computers help humans ‘see’ images differently and expose what we may otherwise miss.”

The new institute will utilize existing images from a variety of sources around the world, including digital collections from museums, labs and the NSF-funded, Battelle-operated National Ecological Observatory Network (NEON), as well as photos taken by scientists in the field, camera traps, drones and even members of the public who have uploaded pictures to platforms such as eBird, iNaturalist and Wildbook.