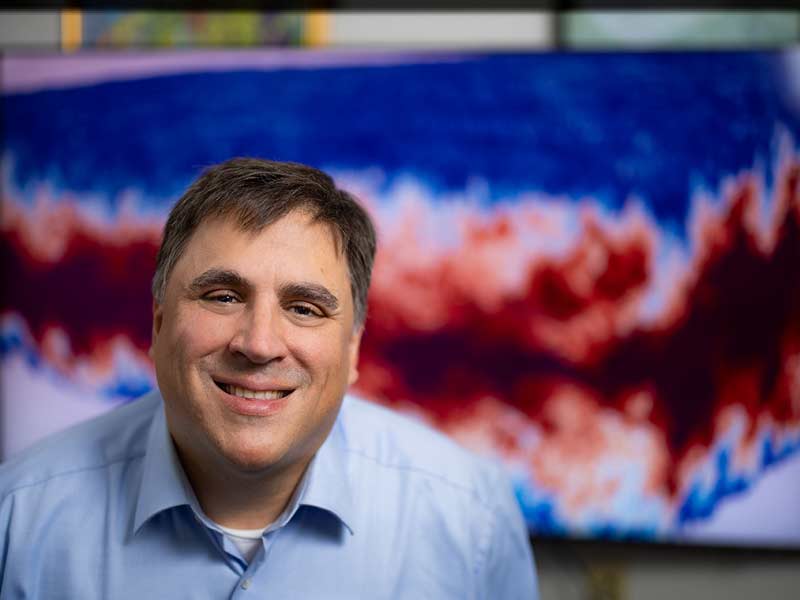 Brian Summa, an assistant professor of computer science at Tulane, is an expert in large data processing, analysis, and interaction for data visualization and computer graphics applications. (Photo by Rusty Costanza)

Supercomputers are so powerful that the datasets they can produce —huge troves of information needed by scientists, doctors, business leaders, government officials and others — are too massive to easily share or study.

A Tulane University computer scientist has been awarded $750,000 over five years from the U.S. Department of Energy (DOE) to find a way to bring this data down to size to make it more accessible and easier to analyze.

“Systems that allow scientists to share these datasets right now require tuning and significant expertise to deploy correctly,” said Brian Summa, assistant professor of computer science at Tulane University School of Science and Engineering.  “It's more of an art than a science. A component of the work will be to design more formal approaches to their design to make large data systems simple to deploy.”

Another component of the project is to design search-by-example approaches for scientific data. “I like to think of it as a scientific reverse-image search like you have in Google,” he said. “Scientists can give an example dataset and query large databases of scientific datasets to find data that are similar in structure or content to the example.”

The third component is to design approaches that analyze large datasets as they are streamed at low resolution. Currently, he said, the data are too big to be shared at full resolution, so the project will study how reduced versions of the data can provide accurate analyses.

Summa is one of 83 researchers from across the United States to win a DOE Early Career Award.

Summa received the award as part of DOE Office of Science’s Early Career Research Program, which is designed to bolster the nation’s scientific workforce by providing support to exceptional researchers during the early years of their careers when many do their most formative work.

To be eligible for the award, a researcher must be an untenured, tenure-track assistant or associate professor at a U.S. academic institution or a full-time DOE national laboratory employee who received a PhD within the past 10 years.

“Supporting talented researchers early in their career is key to fostering scientific creativity and ingenuity within the national research community,” said Asmeret Asefaw Berhe, director of the DOE Office of Science. “Dedicating resources to these focused projects led by well-deserved investigators helps maintain and grow America’s scientific skill set for generations to come.”