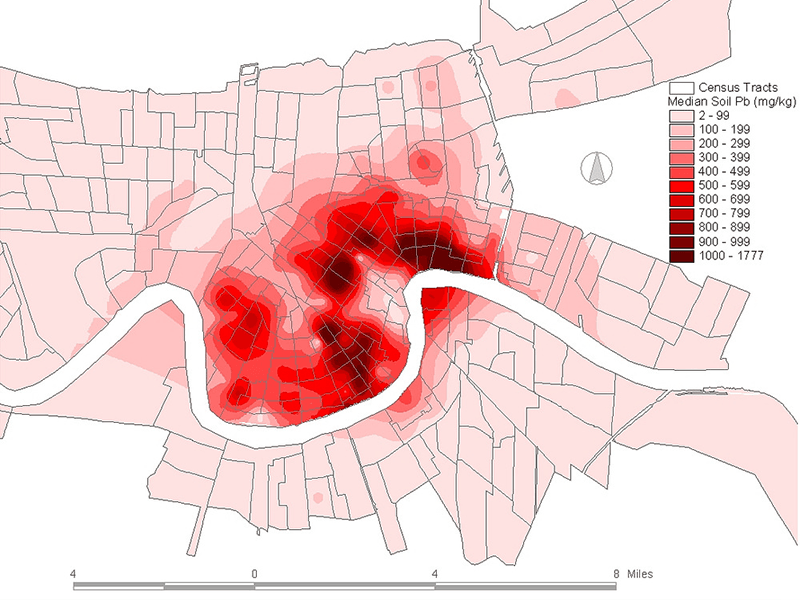 If that mockingbird won’t sing, could lead be the problem?

Tulane University researcher Renata Ribeiro wants to find out by setting up bird feeders around homes throughout New Orleans as part of a yearlong project funded by the Morris Animal Foundation.

Research has shown that older New Orleans neighborhoods have high levels of lead in their soil that can cause health problems, including neurological damage that is especially acute for children.

“Mockingbirds are common in these same neighborhoods,” says Ribeiro, an adjunct professor and post-doctoral fellow of Ecology and Evolutionary Biology. “Birds can ingest amounts of lead that are not enough to kill them but might be enough to cause neurological problems. The function of song for mockingbirds is to attract mates. There is a chance females are attracted to males with a larger repertoire of songs, and that may tell the female something about the quality of the male.”

Ribeiro wants to determine if lead contamination can hurt a mockingbird’s ability to learn new songs.

“Mockingbirds have huge song repertoires. Most of the songs are imitations of the songs of other species of birds, but they also imitate sounds like car alarms and ambulance sirens,” Ribeiro says. “The idea is to record bird songs and analyze them using measures of song characteristics, then we will try to capture them so we can take a small blood sample and pluck a couple of feathers, to measure lead levels in each bird.”

One of the study’s main goals is to help raise awareness about the problem of lead in New Orleans.

Also collaborating on the project are Elizabeth Derryberry and Jordan Karubian, both in the Tulane Department of Ecology and Evolutionary Biology.

Residents who would like to be a part of the project by allowing a feeder to be installed in their yard should email Ribeiro.