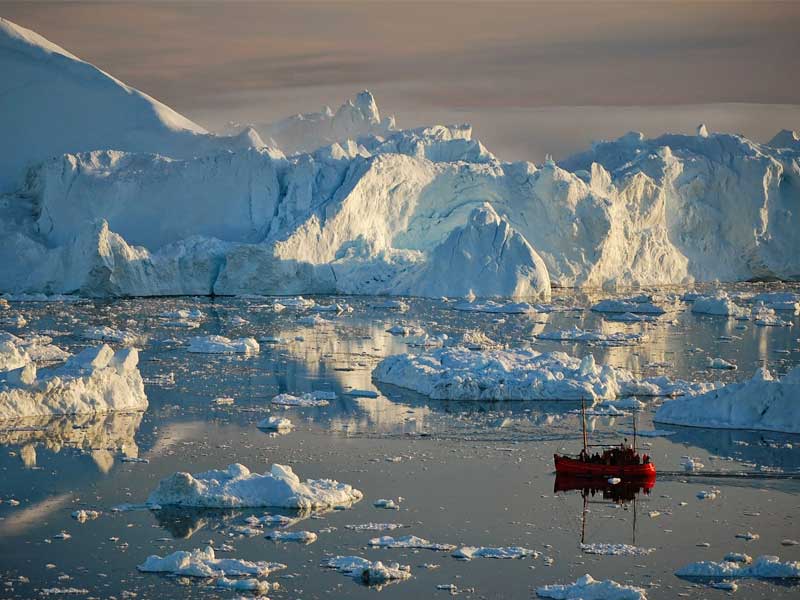 Researchers recently confirmed that significant sea-level change is linked to the melting of the Greenland ice sheet, and a Tulane University scientist played a major role in the findings.

The research was led by Los Alamos National Laboratory and published in the journal Science.  It details how rising sea levels from melting glaciers and ice sheets pose an increasing threat to coastal communities around the globe.

Researchers were able to show that melting ice is causing the seas to rise by using high-resolution satellite observations of Arctic and Greenland ice-mass loss. The scientists detected what’s called an ice-melt “fingerprint,”meaning the sea-level change was attributable to the melting of the Greenland ice sheet.

Ice-melting is accompanied by a counterintuitive response of the sea level surrounding the ice sheets; like a seesaw, sea levels drop in the immediate vicinity of the ice melt and rise far away. This is caused primarily by the reduced gravitational pull toward the melting ice sheet, which causes sea level to migrate away. While this theoretical concept, known as sea-level fingerprints, has been around for more than a century, scientists have not been able to detect it in measurements until now.

Sönke Dangendorf, the David and Jane Flowerree Assistant Professor in the Tulane Department of River-Coastal Engineering, analyzed sea surface height changes from satellite measurements around Greenland. He said the challenge in the research was detecting the “fingerprints” because the imprint left by melting ice on the sea’s surface height is “so smooth.”

Sea level measurements taken by satellites, on the other hand, are very “noisy” due to additional processes that affect them such as ocean circulation and wind.

Led by Sophia Coulson a postdoctoral researcher in fluid dynamic and geophysics at Los Alamos, the team measured sea surface height changes around Greenland for two different time periods — 1993-2019 and 2002-2019. They then looked at the latter period because ice melt in Greenland has been accelerating over that time. However, they could see the ice melt fingerprints only for the earlier time frame, but not since 2002.

Sönke theorized that the disappearance of the ice melt fingerprints from 2002-2019 might be due to the fingerprints being obscured by ocean circulation and wind.

As a result, he developed a statistical modelling framework to determine the contribution of ocean circulation and wind effects from independent wind measurements. Next, he removed the modelled ocean circulation and wind effects from the original sea surface height measurements. “Luckily, that attempt was successful, and the “ice-melt fingerprints” now appeared in both periods of sea surface height measurements,” Sönke said.

“Accurately predicting regional patterns of sea-level change is absolutely central to understanding the impacts of future climate change and forecasting hazards,” she said.