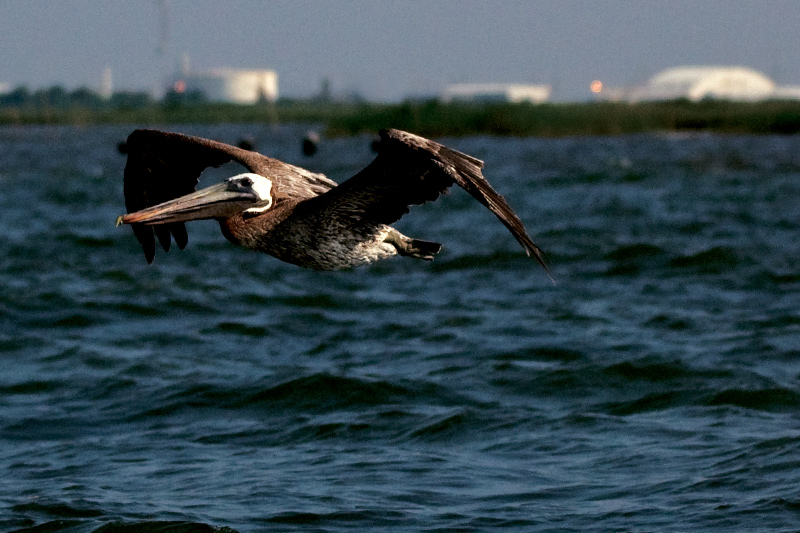 Louisiana's brown pelican population was nearly facing extinction but came back despite storms and the 2010 oil spill. Tulane University’s Karubian Lab has released a new five-year, two-part study on the populations of brown pelicans along the Gulf Coast. (Photo by Paula Burch-Celentano)

Tulane University’s Karubian Lab has released a new five-year, two-part study on the populations of brown pelicans along the Gulf Coast. The work charts the birds’ ability to rebound from near extinction in the state of Louisiana as a result of storms and the 2010 Deepwater Horizon Oil Spill.

The first dataset was gathered from 2007–2010 prior to the oil spill, while the second dataset was collected in 2011–2012, following the oil spill. Tulane PhD student Brock Geary of the Department of Ecology and Environmental Biology oversaw the completion of the post-oil spill data collection and the publication of the study, with important contributions by collaborators Paul Leberg and Scott Walter, from the University of Louisiana–Lafayette and Texas State University–San Marcos.

The project was originally conceived as a regional assessment of the genetic status of brown pelicans in the Gulf of Mexico. Named the official state bird of Louisiana in 1966, the brown pelican disappeared from the state’s coastline due to pesticides and overhunting. Brown pelicans were brought from Florida to re-establish the population and were declared as “recovered” by 1995.  However, no steps had been taken to collect the genetic data to assess the health of the population.

One initial goal of the study was to look for a genetic signature, or “founder effect,” resulting from the reintroduction of brown pelicans to Louisiana.

“We sampled 540 nestlings from 12 different colonies,” Geary said. “In the pre-2010 dataset, there was a differentiation between the two colonies that were sampled on the Texas coast and the rest of the colonies to the east (Louisiana, Alabama and Florida). In terms of the restoration of the population, this finding suggests a lingering effect from the translocation effort, but no significant effects on genetic diversity.”

There are many factors that could shape this pattern, including the spill, coastal issues like land loss and barrier island degradation.

“The assessment of the impact of the oil spill is something we’ve gone back and forth on. Birds move around on their own, and islands come and go,” Geary said. "Hurricanes happen, which also have the potential to move birds around, so there is a lot going on, but the spill is right in between the two data points in time."

Geary and his co-authors recommend that genetic monitoring continues in order to more closely link genetic and environmental changes in the future.

“Pelicans are pretty durable creatures, but more can potentially go on with their biology than is immediately apparent, so these kinds of analyses can be invaluable conservation tools,” Geary said.