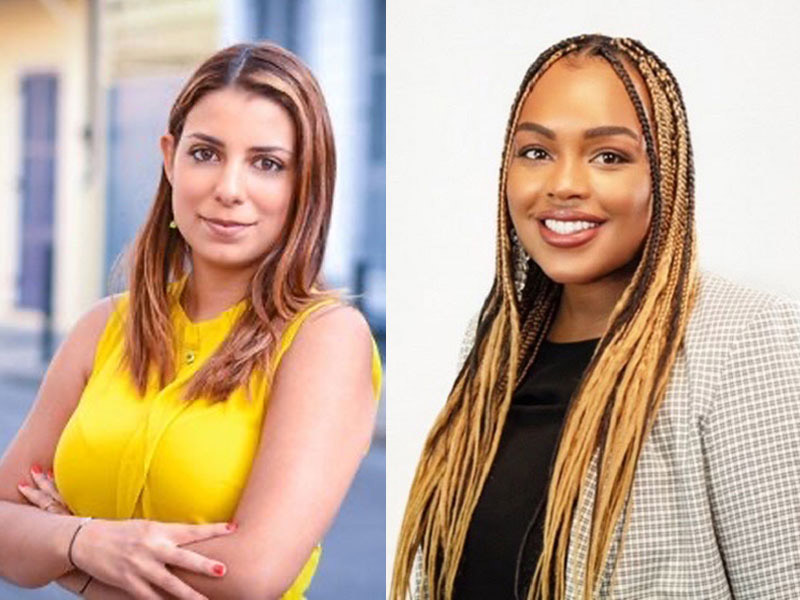 Two Tulane alumnae have teamed up to create Caracas Canteen, a New Orleans–born smart water bottle. Kamiya Stewart, who earned a PhD in psychology from the School of Science and Engineering, and Maria Patrizia Santos, who graduated from the School of Public Health and Tropical Medicine, co-founded...
Tulane researcher wins funding for major initiative to advance imaging technologies
Sep 22, 2021 - Barri Bronston

Carolyn Bayer, an assistant professor of biomedical engineering at Tulane University School of Science and Engineering, is among 23 early career scientists to win funding for research to accelerate the development of the next generation of imaging technologies. The funding, a total of $1.1 million...

In 2019, nearly 50,000 people in the United States died from opioid overdoses, bringing the total of number of deaths from the opioid crisis to half a million over the past 10 years, according to the U.S. Centers for Disease Control. Michael J. Moore, a professor of biomedical engineering at Tulane...

An award-winning Tulane University researcher has led a team in discoveries that could result in significantly faster charging electric vehicles and portable devices such as cell phones and laptops.  The team, led by Michael Naguib, the Ken & Ruth Arnold Early Career Professor in Science and...

Dylan Lucia is one of the student Commencement speakers for 2021. His speech will be part of the Unified Commencement Ceremony on Saturday, May 22. Last year, Dylan Lucia was preparing to graduate from the School of Science and Engineering (SSE) with a bachelor’s degree when the pandemic began. He...

A Tulane University planetary scientist is part of a team of North American scientists putting to rest a theory that water lies under the south polar cap of Mars. The study, led by York University in Toronto and published in Geophysical Research Letters, appears to show that for the first time...

The Eunice Kennedy Shriver National Institute of Child Health & Human Development has awarded a $256,000 grant to BioAesthetics Corp., a Tulane University spin-out company, to develop a new graft for treating pelvic organ prolapse (POP). BioAesthetics, whose CEO and COO are both Tulane...

Michael J. Moore, a professor of biomedical engineering at Tulane University, has been named chairperson of a National Institutes for Health study section. Moore’s one-year appointment as chair of the Bioengineering of Neuroscience, Vision and Low Vision Technologies (BNVT) Study Section of the...

A Tulane University planetary scientist is one of 30 scientists from across the United States and Europe who will be part of a NASA mission to Venus, Earth’s nearest neighbor. Jennifer Whitten, an assistant professor in the Department of Earth and Environmental Sciences, will serve as associate...

John Sabo, a leading scholar on water resources and river ecology, has been hired as the new director of the Tulane ByWater Institute. Sabo’s appointment is effective Aug. 1, 2021 when, in addition to leading the ByWater Institute, he will be a full professor in the Department of River-Coastal...

Tulane University will share in a U.S. Department of Energy award designed to advance new technologies to decarbonize the biorefining processes used to convert organic material, such as plant matter, into fuel. The effort cuts across the energy, transportation and agriculture sectors. The Tulane...