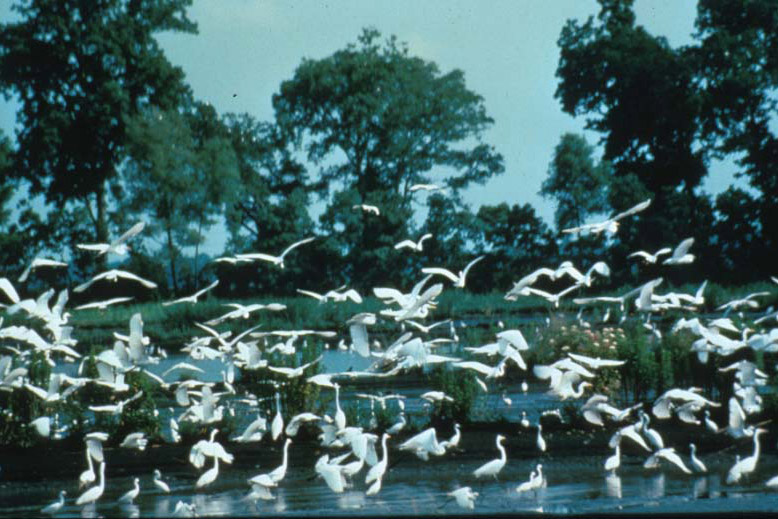 Professor Emeritus Bruce Fleury conducted some of his dissertation research at a pond in a St. Martinville, Louisiana crawfish farm filled with herons and egrets.

From the woodpecker and the parrot to the falcon and the dove, birds are among the most fascinating creatures on the planet.

Of course, Fleury, now senior professor of the practice emeritus in Tulane's Department of Ecology and Evolutionary Biology, has much more to say on the topic — so much so that he's developed a 12-part lecture series that even the most novice bird watcher will find both insightful and entertaining.

Birds are much more intelligent than we ever imagined. New research is teaching us extraordinary things about the life of birds —things that can change forever how you see these beautiful creatures."

Titled The Scientific Wonder of Birds and produced by the Teaching Company for The Great Courses series, the class is available in DVD and video download formats, and as a bundle with The National Geographic Guide to Birding in North America, which it was designed to complement. The class features such lectures as Birds and Dinosaurs: The Origins of Flight; Bird Songs and Calls: Music with a Message; and Avian Mating: Ladies Choice.

This is the second lecture series Fleury has done for The Teaching Company, which recruits from the top 1 percent of college faculty worldwide. His earlier series is titled Mysteries of the Microscopic World, a history of diseases and their coevolution with humans, covering such topics as the Black Death, germ theory, the 1918 flu epidemic and germ warfare.

Of the birding series, Fleury said it was a formidable task to boil down 48 hours of ornithology lectures into twelve half-hour lectures, while also making it accessible to a general audience, a task made more challenging by his ongoing struggles with Parkinson’s disease.

He said the producers played down his stock-in-trade classroom humor for his first course, “But the reviewers really liked the odd quip or two", he said, "so this time they took off the leash and let me be more myself. I had some fun doing it, and initial reviews are very good. It looks like a winner.”

Said one reviewer, “This is an ornithology course for all level of birders. If you are a novice birder you won't be a novice after Dr. Fleury's marvelous course. If you are an advanced birdwatcher, your knowledge of birds will be state-of-the-art after six hours in Dr. F's class.”