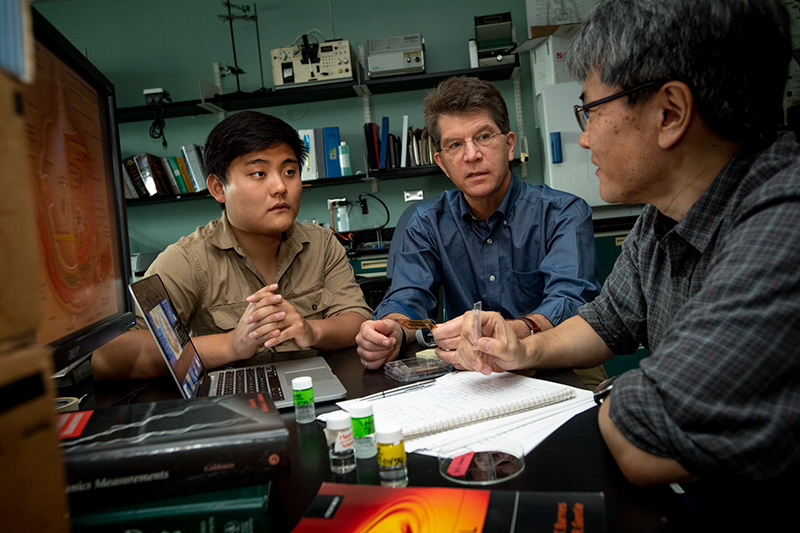 A Tulane University biomedical engineering professor will share in a $2.6 million grant to research better ways of managing acute respiratory distress syndrome, also known as ARDS, a rapidly progressive disease caused by fluid buildup in the lungs and an overwhelming inflammatory response.

With no medication available to treat the condition, mechanical ventilation is the only viable option to facilitate breathing, however, it is a ‘double-edged sword’ that can itself damage the lung, professor Donald Gaver said.

Funded by the National Institutes of Health, the project connects Gaver’s research group with researchers from the University of Vermont and the State University of New York to investigate fundamental physical, chemical and physiological processes that may translate to more effective treatment of ARDS.

Gaver, the Alden J. ‘Doc’ Laborde Professor and department chair of biomedical engineering, says ARDs affects approximately 200,000 individuals annually in the United States and has a “distressingly” high mortality rate of 40%, largely because of ventilation-induced lung injury (VILI) that occurs during treatment of ARDS patients.

Gaver and his team will test a hypothesis that the development of VILI occurs from repetitive closing and reopening of lung units, which can damage the tissue. Their approach involves multi-scale models that are matched to experimental studies at the micro, organ and system levels, with micro-scale experiments conducted in collaboration with Doug Chrisey in Tulane’s Department of Physics and Engineering Physics.

“The consequences of allowing this process to exist are dire, because this worsens tissue damage in a vicious cycle that is often ultimately fatal," Gaver said. "Our goal is to better understand this pathophysiological process and develop novel ventilation protocols that can reduce the extraordinarily high death rate from ARDS. This takes a multi-disciplinary team that we have developed, spanning researchers from three universities.”