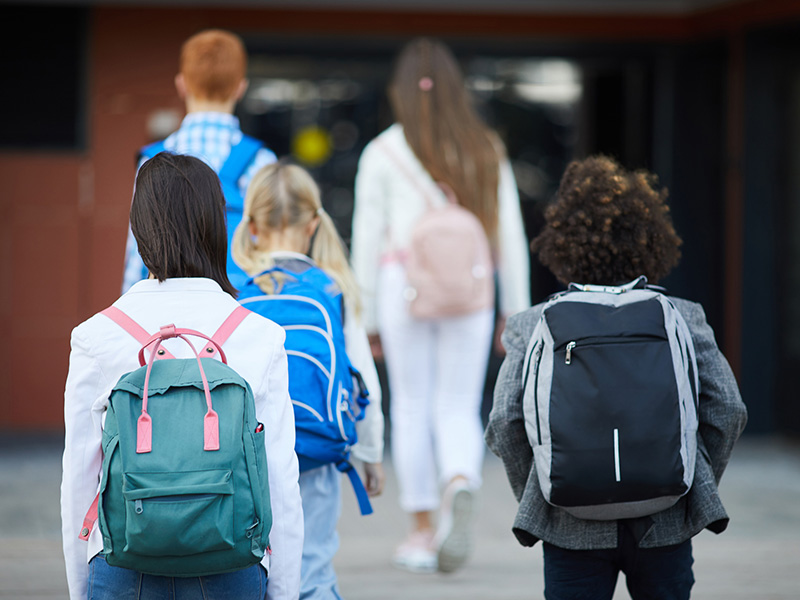 Over 80 percent of school-aged youth in New Orleans report witnessing community violence, including assaults, shootings and murders, sometimes on a weekly or even daily basis, according to the New Orleans Health Department.

Violence is also a common occurrence in New Orleans area schools, with over 900 incidents reported in mostly Orleans and Jefferson parishes in the 2018-19 school year, according to the Louisiana Department of Education.

It is such statistics that led to Tulane University psychology professors Courtney Baker, PhD, and Bonnie Nastasi, PhD, to seek — and receive — an $803,529 grant from the U.S. Department of Justice’s Bureau of Justice Assistance to implement a program to make schools safer.

“By helping schools put systems in place to handle violence and crises, school personnel will be better prepared to intervene with individual students who might need support."

“With the rise in violence in schools and the mass exodus of educators in the context of the pandemic, advancements in school safety, such as those offered by Project PASS, are critical to the psychological health and well-being of Louisiana’s students,” Baker said.

Under the project, experts will work to better prepare school crisis intervention teams to prevent violence and promote a positive school atmosphere. Baker and Nastasi say many school personnel lack the training and expertise necessary for comprehensive school safety planning and preparedness.

Over the next three years, Baker and Nastasi will coordinate a team of nine trainers to teach school personnel and mental health providers the key tenets of the PREPaRE model, which emphasizes preventing and preparing for psychological trauma, reaffirming physical health and perceptions of security and safety, evaluating psychological trauma risk, providing interventions and responding to psychological needs.

Researchers expect that 800 school personnel and 320 mental health providers from Louisiana’s five largest metropolitan areas will receive the training. Additional workshops will be provided virtually to give more rural school districts access to the training.

“The momentum that this project will build has the potential to carry school crisis preparedness forward across the state of Louisiana for a decade or more, addressing a critical gap in comprehensive school safety planning,” Nastasi said.

Baker added, “By helping schools put systems in place to handle violence and crises, school personnel will be better prepared to intervene with individual students who might need support or are at risk of violence or suicide.”