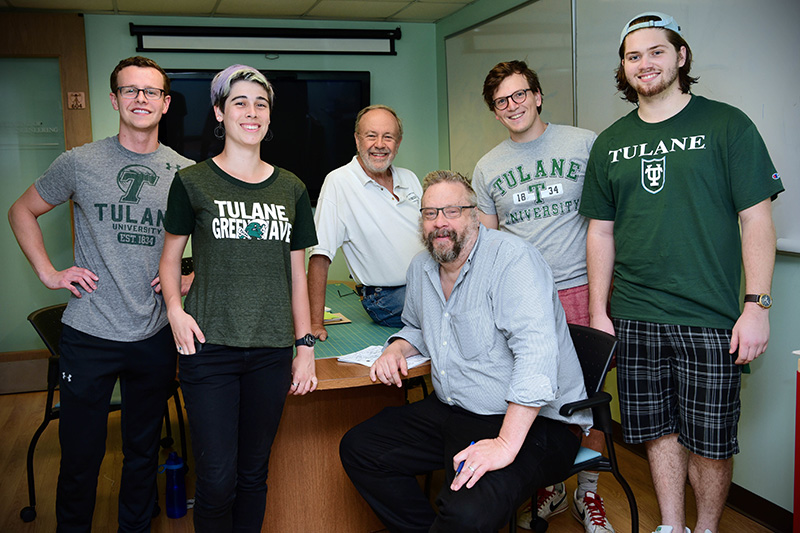 A team from Tulane University is one of 12 collegiate teams nationwide selected to compete in the APT/PBS reality show “Make48.” The competition will be taped Aug. 10-12 at the Stanley Black and Decker Innovation Lab near Baltimore.

Billed as the “world’s fastest invention competition,” “Make48” is a MakerSpace-inspired show in which student teams have 48 hours to plan, prototype and pitch a new commercial product idea to a panel of judges. The top three teams have a chance for their products to go to market, with the process filmed in a documentary-style TV series.

The team’s registration fees and travel expenses were covered by a gift from Intralox L.L.C., a provider of industrial conveyor belt technology.

“I’m really excited to be able to work with the team and create something unique to solve a problem. It is also a really cool mix of engineering as well as business.”

“Basically, they tell you, ‘Here is your product category, come with your ideas and make something amazing in 48 hours,’ ” said Cedric Walker, professor emeritus of biomedical engineering and manager of Tulane’s MakerSpace.

“I’m really excited to be able to work with the team and create something unique to solve a problem,” Rubinstein said. “It’s a cool mix of engineering as well as business.”

Nice said he likes the fast-paced nature of the competition and feels he and his teammates are well prepared.  “The engineering curriculum has broadly prepared me, but more particularly we have done design and business workshops to build our skills sets and our sense of team.”

The workshops were led by biomedical engineering professor Lars Gilbertson and Rob Lalka, executive director of the Albert Lepage Center for Entrepreneurship and Innovation at the A. B. Freeman School of Business.