The following work has been supported over the years by NSF, Lousiana Board of Regents, NASA, and various industrial sponsors:

Amphihpilic diblock copolymers of 2-(dimethylamino)ethyl acrylate (DMAEMA) with styrene are synthesized via RAFT polymerization in N,N-dimethylformamide and studied. In aqueous media, the hydrophilic poly-DMAEA changes its conformation between highly extended chain to a random coil, whereas the hydrophobic styrene block tends to form micelle-type structures, due to attraction between its hydrophobic segments. The effects of pH, solvent type, and chain length on the copolymer conformation in aqueous solutions will be studied. Their aggregation kinetics, behavior in solvents of different polarity will be quantified and correlated to the degree of polymerization and block lengths. 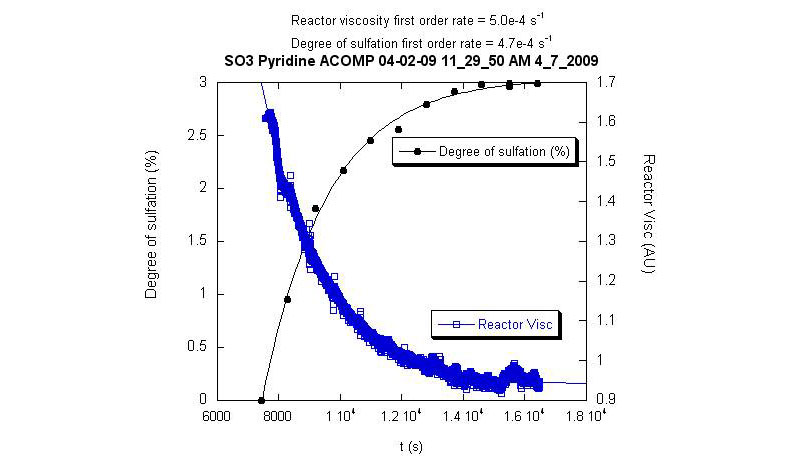 This study is focused on the optimization of the amount of DADMAC incorporating in the DMA-DADMAC copolymers by controlling the copolymer composition drift during semi-batch experiments in which one comonomer (DMA) is flowed into the reactor. This allows copolymers with designed composition, sequence length, molecular mass and viscosity to be obtained during semi-batch copolymerization reactions under different monomer flow schemes. The impact of the higher amount of DADMAC incorporated on the copolyelectrolyte properties is also studied.

The motivation for this work is to study the behavior of surfactants near the critical micelle concentration (CMC) by light scattering (LS) and to possibly reconcile the variously reported properties. Additionally, the effects of the presence of a neutral polymer on the LS phenomena near surfactants CMC are discussed.

An increase inLS as surfactant concentration approaches CMC, followed by a decrease as the concentration was raised, has been observed at least as far back as 1959. Since then, others have reported a scattering peak near the CMC, with differing results concerning its stability, properties, and origins.The interactions of polymers and surfactants - meaning usually ‘binding’ - has been also the subject of fundamental and applied research.

The behavior of anionic sodium dodecyl sulfate and cationic dodecyl trimethyl ammonium chloride and their interaction with neutral polymers are investigated in this work, in two concentration regimes, with respect to the surfactant: around CMC, with focus on the effects the polymer on the large surfactant structures observed in this region; and above CMC, studying the type of association among all components.

The effect of composition drift on LCST during copolymer synthesis

The effects of several factors such as (co)monomer type, charge, reactivity ratios on the LCST are being investigated during copolymer synthesis.

PolyRMC now has videos discussing the center's research and technology.